I just finished Tom Butler-Bowdon’s 50 Psychology Classics which summarizes fifty of the most important books written on psychology.

Tom is an amazing guy who has written multiple books along these lines including similar volumes on Self-Help, Success, Spiritual, Prosperity, and Politics Classics.

In addition, Tom makes many of the summaries from his various books available on his website. I’ll be linking out to a few below. 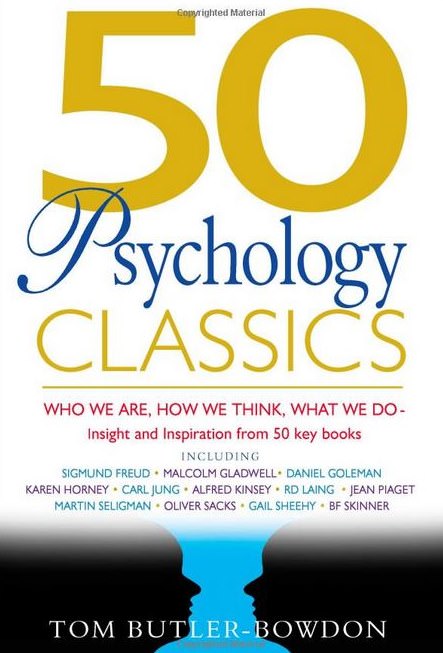 I love these books because they provide a great way to get an overview of the literature. It isn’t meant to be the end, rather it is a beginning. A place to become familiar with the “big ideas” and determine which ideas one really needs to dive into more deeply.

Here are the volumes I found most interesting in this book. I’ve marked those which I really want to read with an *.

Note: I did not select the most important works out of those listen in Tom’s book, rather I chose those that interested me. There were a number that would probably be considered more fundamental than some of those listed above but with which I either lack interest or else I am already familiar through other sources with.

At the end of the book Tom offers a concise list of fifty more classics, of those I am most interested in: