I’m a little behind on posting this review – it was on March 6th that Sheila and I went to the Adventure Aquarium in Camden, New Jersey but I trust that my memory is not becoming so feeble that I cannot recall some of the details of the experience to share with you today.

I hadn’t been in an aquarium in years – my memories of aquariums came from childhood and perhaps once or twice during my teenage years – and, honestly, were pretty boring.

I was excited to see that they currently had a Dinosaurs of the Deep exhibit as I have always had a fascination with sea monsters. They even had a 4D experience, unfortunately we came soon after a snow storm had blown through and apparently the experience was being streamed from somewhere and the receiver had been knocked out of alignment, so that was a bust – which was a real bummer. I’m sure it is back up and running now, if you happen to go and see it, I’d love to hear how it was!

There were a bunch of static dinosaur exhibits (large models of the dinosaurs) and these were interesting to look at for a moment or two.

My favorite part of the aquarium was the Stingray Beach Club. They had a pool filled with stingrays and they would swim around and circles and you could pet them as they went past. I found one in particular – a greenish yellow one (yeah, not the usual colors) – that seemed to really enjoy being petted. While all the others seemed to keep pretty constant in their circular motion around this large pool, this one would turn around and come back again, and again, and again. 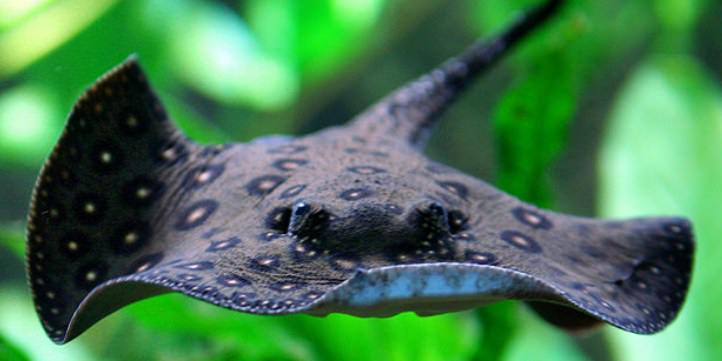 There was a large tank with many sea creatures in it including sharks, stingrays, and sea turtles – we stayed and looked at these guys for quite a while. You know, hammerhead sharks look really funny up close! And sea turtles are so gigantic and majestic! 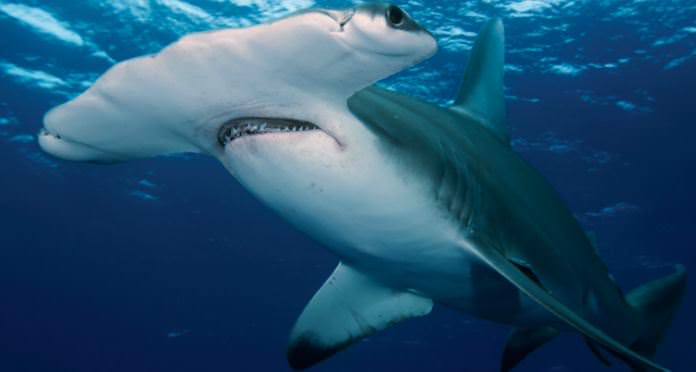 Unfortunately, because of the snow, Penguin Island was closed, so we were unable to visit that portion of the Aquarium either. They also have a Touch-A-Shark section but they were touring some other sort of amphibious creature at the time (which I cannot recall but did not find nearly as interesting as petting a shark).

They had a whole section specifically dedicated to shark that was pretty cool and you could walk through a glass tunnel that went through the water the sharks were in (so there were sharks swimming all around you).

They also had hippos which were pretty interesting, but only if you came at specific times. Most of the day they just soak in the mud, at specific times though they get up and walk around (probably b/c they’ve been trained that they will get food at those times). 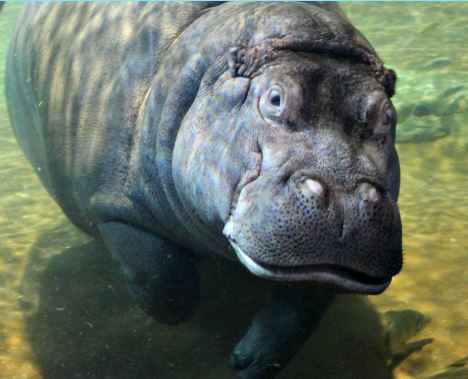 There are a number of other exhibits that include turtles, frogs, and a variety of fish.

Overall, for someone who didn’t particularly enjoy aquariums in the past, it was an enjoyable experience (and I look forward to going to more aquariums in the future). If you are like me and tend to get bored quickly, a two or three hour walk-through of the place should suffice.

If you can’t make it down there, the Adventure Aquarium’s website is a pretty cool place to explore.

[These images are modified snippets taken from the Adventure Aquarium website]