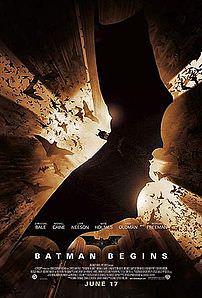 There is plenty of garbage out there. Then there is your average, and finally there is the gems – the real quality stuff. C.S. Lewis, Philip Pullman, Stephen Lawhead, George MacDonald, John Piper, Kyle Strobel – these men are authors who exemplify this sort of quality. But what about in film? One name that turns my head every time he associated with a project is Christopher Nolan (another is M. Night Shymalan, though The Happening was a complete disappointment). Nolan appeared out of nowhere in 1996 with the Following, built on a $6,000 budget. This was followed by Memento in 2000, a cult hit that secured him a Academy Award for best screenplay. He secured Al Pacino, Robin Williams, and Hilary Swank to star in his Insomnia, a remake of a European film released in 2002. It wasn’t until he released Batman Begins that his name became one common for table banter. He followed this up with The Prestige and then most recently The Dark Knight – continuing the Batman saga1I have not seen all of Nolan’s films, as such I cannot recommend all of them. Additionally, his films are generally dark and some of his films (e.g. Memento) are gruesome and profane..

Today I’d like to talk about some of my interpretations of his most recent film – The Dark Knight. I think it has an amazing number of subtexts which are worth analysis. I’ll warn right off the get-go that I’ll be offering spoilers throughout in giving my analysis.

There are so many interesting messages within both films (though Batman Begins is of an entirely different tenor). I’d recommend them both as entertaining, realistic, and with valuable subtexts to be mined. At the same time I would warn that true to Nolan’s style they do not hedge away from evil and while maintaining PG-13 ratings are dark films not only in places but in their entire tenor.

And, of course, while I am extremely sad over Ledger’s death his portrayal of Joker in this film makes a fitting culmination to an extremely talented and versatile actor’s career.