[This article is a guest post by Bobby Sledge. Bobby is a web developer who blogs about mobile technology from his home in northern California.]

Your spouse loves the convenience of Internet shopping. Your kids are absolutely addicted to online gaming. You just want to be able to access your email, pay your monthly bills, and keep up with the major headlines of the day. 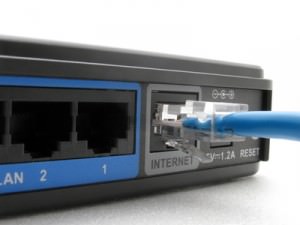 So what type of Internet service is right for you and your family? With all of the options out there, making the proper decision can feel overwhelming. In the rapidly evolving world of computer technology, it seems as though new techniques, equipment and methodologies are unveiled on a daily basis.

If you’re feeling a little bit behind in the high-tech rat race, take heart in the fact that you aren’t alone. Bombarded with constantly changing information about servers, browsers, explorers, portals, and protocols, it’s easy to simply throw up your arms in frustration.

Before you tackle the daunting task of choosing an ISP, start with a quick review of some key terms and confusing jargon. For those of you who are already scratching your heads, let’s start with the acronym ISP.

With these terms in mind, you and your family can now begin to assess your various ISP options. Let’s begin with the slowest and most affordable option: Basic dial-up.