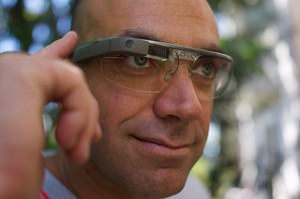 Even as the new tech apparatus trickles into the hands of developers and testers, the future of Google’s Glass remains unclear. Although Glass will not hit store shelves till 2014, analysts have plenty of opinions about how successful it will (or won’t) be and why. Aside from its current projected price of $1,500, Glass has several other hoops it will need to jump through before it becomes a viable product for many consumers.

Unless Google has an secret ophthalmology department in the works, it is certainly not equipped to supply consumers with prescription lenses. The company many have figured out a way to address this particular issue, according to CNET, by partnering up with eyewear designer Warby Parker.

Neither Parker nor Google would confirm any deal, but teaming with a trendy eyewear producer would make sense for Google. The company may have its hands in many different products, but prescription eyewear is not one of them. It will need assistance to provide a usable Glass product for those with a need for vision correction. The addition of stylish frames and lenses may also help make Glass a bit more fashion friendly.

CNN recently discussed how Google Glass resembled other unappealing tech gadgets like the Bluetooth headset and the Segway. Both were actually quite useful, but both also looked ridiculous enough that few people adopted them as fervently as designers would have hoped. One could wear a Bluetooth all of the time, but few do, because it looks incredibly pretentious. Segways function just as intended but no one, save the fictional GOB Bluth, really wants to be seen on one.

CNN argues that Glass will not be highly successful because it fails to deal with reality. The product will not be useful enough to make people get over the way they look while wearing it.

Not everyone is down on Google Glass, however. Chicago Now discusses how a new perspective provided by Glass could change the way viewers watch hockey games, and maybe do something to increase the popularity of the sport. The NHL has always been low man on the totem pole amongst the top four North American sports, and Chicago Now argues that a large part of that is because it is too hard to follow the puck.

One of Google’s “Explorers” – people trying out Glass before it goes to market – posted a video of him playing hockey while wearing the product. First-person perspective on a sports game, especially hockey, may change the way viewers experience games of all kinds.

Fast Company discusses how Glass could potentially be used as a replacement for the standard remote control in television. Currently Google TV is working on a way for users to have a second screen in their hands to help control and search, because it is easier than using a remote. While Google would not comment on linking Glass and Google TV together, the possibilities are appealing.

With ever-increasing levels of video streaming online, cable companies are doing what they can to keep up. Direct tv packages start around $30 a month. Many providers allow users to stream their television to tablets and phones. Widespread Glass use would likely increase the use of streaming services, and increase competition even more.

Google has stated that Glass will release for around $1,500 to start. As with all tech gadgets, the price is likely to decrease as demand goes up. As proven by tech reviewers taking pictures of them in the shower, the product is at least durable enough to be water resistant. How long Glass will continue to function as intended, and its basic longevity, is not yet known.

Whether Google Glass is successful or not, the idea is intriguing. It will change the way people view wearable technology, for good or ill. By that measurement, Glass has already made a huge impact without even hitting store shelves.