Love & Mercy (PG-13), the story of Brian Wilson, singer/songwriter of The Beach Boys fame, is an amazing movie. Much more amazing than I could have anticipated. My experience with The Beach Boys was limited to Surfin’ U.S.A. and Good Vibrations – neither of which I was particularly fond of. How interesting could a band be that produced that sort of pop songs? As it turns out, quite interesting. 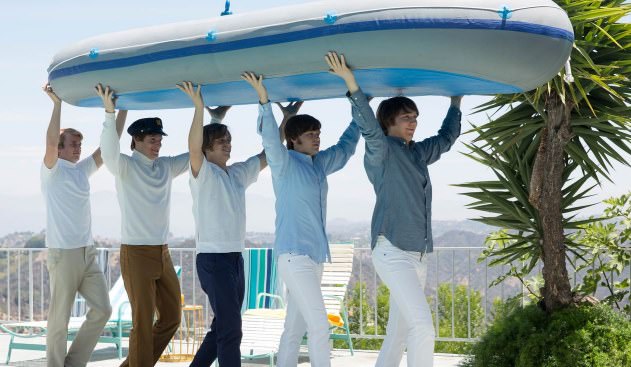 Brian Wilson is portrayed as a musical genius and watching the film drives a deeper appreciation for The Beach Boys’ music. Wilson is also a deeply broken individual who struggles desperately to please his demanding and self-consumed father. Wilson spirals downwards into drugs and mental illness and then stuff happens. I don’t want to give it away, but the story is gripping. Will everything turn out okay? Will Wilson regain his sanity? His life? Go see!

I’m not the only one who thought it was a good movie. Rotten Tomatoes has it pegged at an impressive 89% fresh while the IMDb has a rating of 7.9/10. For those who don’t surf these sites on a frequent basis, let me just note that these are very impressive scores.

Paul Dano does an amazing job of portraying a young Brian Wilson while John Cusack does a solid job as a middle-aged Wilson. A favorite actor of mine, Paul Giamatti, does a turn as Wilson’s psychiatrist. But honestly, the other real star of the show is Elizabeth Banks who plays an older Wilson’s love interest.

So what are you waiting for? Go see it already!