This is a Sponsored post written by me on behalf of Crucial.com for SocialSpark. All opinions are 100% mine.

[Note: This post is a sponsored post. That means that I am compensated for writing this post, usually by the company the post is about. I attempt to be fair and equitable even when writing sponsored posts, but want to make the reader aware that this post has been subsidized.]

When it comes to computers there are two components I recommend upgrading first. Oftentimes when you buy computers from a store they will try and sell you on high speed CPU’s and big hard drives – but these aren’t the most important aspects of your computer. Sure, a solid CPU is important and a big hard drive is nice – but I recommend getting a mid-range CPU (not a cheap one, but not the most expensive) and spending the money you save on getting a faster hard drive and more RAM.

If you are doing very simple tasks on your computer you may not need a ton of RAM – e.g., if you watch one video and don’t do anything else at the same time, browse one or two websites simultaneously using browser tabs, run a small game like solitaire, etc. But if you use your computer for heavier tasks – as I do – like massive multitasking of browser windows, development of applications, and perhaps the occasional game of significant complexity and artistic quality – you’ll find RAM an essential upgrade.

I generally recommend at least 2 GB in a computer and highly prefer 4 GB…When it comes to hard drives I won’t buy anything with a drive slower than 7200 RPMs, and my next computer will probably have a solid-state drive (SSD) – which is similar to RAM in design and thus must faster than traditional hard drives. 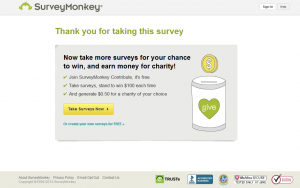 is a well-known company offering both high quality RAM and SSD drives. If you have a computer you want to extend the life of, you can upgrade with these components and renew the speed and responsiveness of an aging machine.

There are lots of alternative sources for buying RAM and SSD drives other than Crucial – some of them quite fine. I’m not going to pretend that I buy all of my equipment from Crucial or ever will…but they are a solid option in the field. I always recommend comparing prices across vendors. See what Crucial charges and then maybe look at MemoryX, and if you know what you are doing check out Amazon and eBay (though one can oftentimes get jipped, I have on occasion received products that claimed to be “official” oem parts, but where in fact imitations, while both provide great resolution methods for these sort of issues, it is an unwanted hassle).

Crucial is a respected company, with a handy software tool that discovers what memory is in your device, making it easy to purchase more, quick turn-around on orders, and giving away $10,000 in Apple gift cards doesn’t hurt either.

So, what are you waiting for? No purchase is necessary, and $10k in Apple gift cards is a lot of money…even if I’m not a huge fan of Apple products. 😛 But then again don’t go submit an entry…then I’ll be more likely to win, and who really needs $10k in Apple gift cards? Not you. =) (I’m joking! Go enter now at: Crucial Memory Sweepstakes !)