I’m an IT geek. IT flows through my veins – I couldn’t get rid of it if I wanted. I’m too old to be a digital native, but I’d like to think I’m pretty close.

I’m used to replacing my laptop every two years or so but I’ve been using the same laptop now since 2010. A Toshiba Tecra A11-S3540. It is a good machine boasting a powerful Intel Core i7 CPU, a dedicated 512 MB NVIDIA graphics adapter, 4 GB DDR3 RAM, gigabit ethernet, and 802.11n wireless. A while back I replaced the standard 7200 SATA hard drive with a 128 GB SSD – which made an incredible difference in system speed…but now, things are starting to drag again.

I’ve looked at purchasing a new system, but to get something just equivalent with what I currently have is fairly pricey, so I’m holding off as long as I can. There is really only one other upgrade I can make to stretch the life of this laptop – adding more RAM.

I’ve held off on buying the RAM for over a year – but finally decided that the decrease in productivity was costing me more than upgrading the RAM would cost.

I went on Toshiba’s site and looked up their memory recommendations. For this specific laptop model they recommended Kingston’s 4 GB DDR3 1333Mhz memory modules at $50 each. 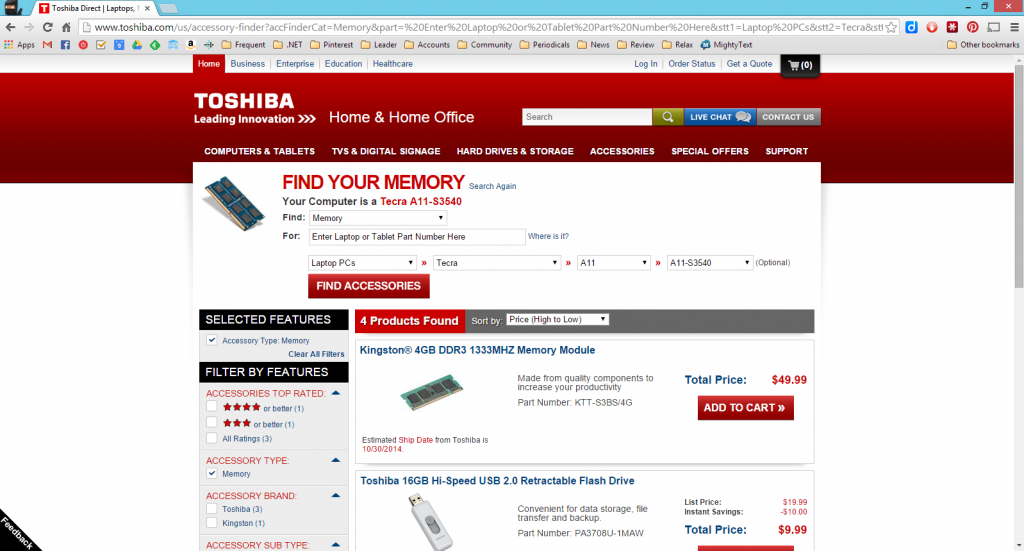 I shopped around a bit – seeing if I could find anyone else who was selling the memory for cheaper and double and triple checking whether it would work with this system. I supposed since it was the recommendation on Toshiba’s site it would, but I wanted to be sure.

I stumbled across a Kingston page which indicated what I was looking for was actually the KTT1066D3/4G but that it had been “replaced by” the KTT-S3B/4G. 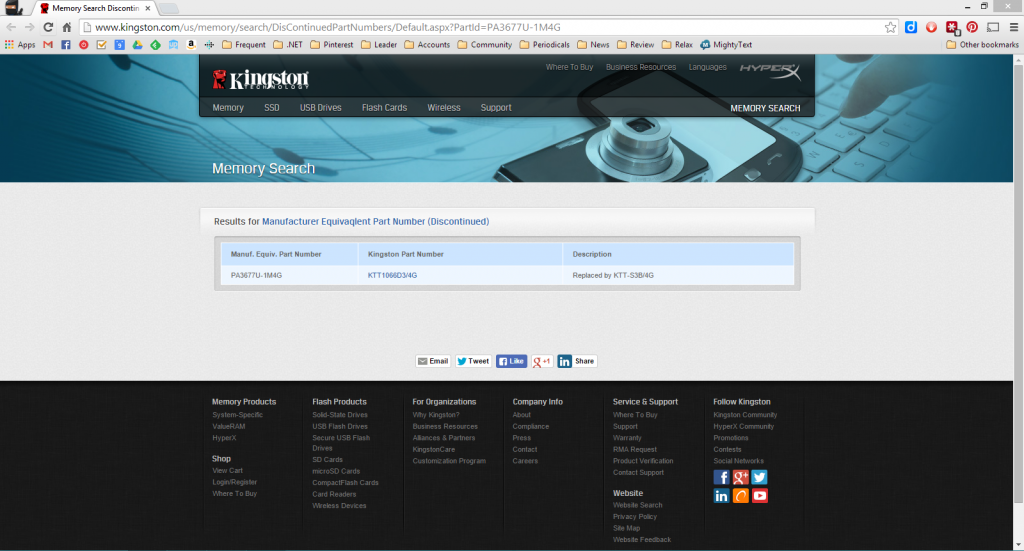 To their credit, if I went through the System-Specific Memory portion of Kingston’s site and attempted to find my system, it wouldn’t appear as an option.

You can probably guess where this is going. I ordered the RAM from a seller off eBay. Damage was a little less than $110.

I (im)patiently waited for the memory to arrive and when it did I eagerly pulled the old 2 GB RAM chips and replaced them with the new 4 GB RAM chips. I powered it on, BIOS post went fine, but then Windows started to load. A message about a fatal error flashed on the screen and the system shut off…a few seconds later it powered itself back on and repeated the same steps…and so on.

I did some troubleshooting to make sure it wasn’t a bad RAM chip and eventually called Kingston, who informed me that the RAM wouldn’t work with my system. I’m not sure what “replaced by” means, but apparently it doesn’t mean “can be used instead of.”

Moral of the story? I suppose there are two: (1) don’t rely too heavily on what Toshiba suggests are replacement parts for your system and (2) “replaced by” don’t mean what you think it mean, at least when it comes to Kingston…I’m not entirely sure what it does mean.